Life on earth is its own Inter-species Collaboration. Gaining awareness of our inter-dependence with all living things non-human,in my humble opinion, is the first step in recognizing that we as a species are a part of Nature. No more, no less. The attitude of Us vs.Them is in need of dis-solution, for our survival and their survival are intertwined.
Contemporary artists working in the domain of inter-species collaboration attempt to communicate this concept through creating aesthetic experiences that investigate an awareness of what we perceive as other.
Bee prepared :), in the coming months for displays of contemporary works that express the spirit of Plight of the Pollinators call for art in various artistic forms.Collaborative works, dance, human and non human, installation, performance, sculpture, animations, drawing, music, painting, photography.....Bee Inspired:)
We are open to exploring any expressive communication that can bring into focus the critical environmental issue of pollination.
Aganetha Dyck is Canandian artist that has been working for sometime in collaboration with bees.
Hilary Berseth is an American artist works collaboratively both as a bee keeper and a sculptor.
Hubert Duprat is a French artist whose work with caddis fly larva enters the realm of collaboration by working with the instinct driven sheltering behavior of this particular Tricoptera.
For more information on these artists check out theses links below
Aganetha Dyck
Hilary Berseth
Hubert Duprat
Jeweled Caddis fly video
Sites on Inter-Species Collaboration
http://www.interspecies.com/pages/ic_is.html
http://canononline.org/archives/spring-2011/the-animal-aesthete-the-ethics-of-interspecies-encounters-in-contemporary-art/
Posted by Blue Horse Arts at 1:03 PM No comments:

Another Kind Of Bee Girl


For a little inspiration check out


Louie Schwartzberg: The hidden beauty of pollination
Wings of Life
And of course a little music:)
Participate!!!  Plight Of The Pollinators
Posted by Blue Horse Arts at 11:49 AM No comments:

Some friends browsing the offerings at Hemingway Pond.Good day for a Paint Out! 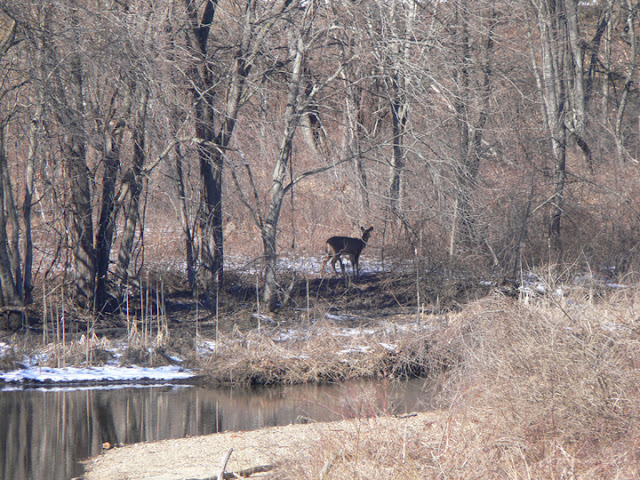 Posted by Blue Horse Arts at 8:18 AM No comments:

In The Bee- ginning

There was Dianne:)
Dianne Parmelee that is, who is the real instigator behind this Art of the Earth series of artist challenges that we will be exhibiting at Blue Horse Arts in June. Dianne is the Education Coordinator and Farm manager at the Flanders Nature Center.  Dianne, herself a true creative, is one who naturally combines seemingly unrelated events into invitations for creative expressions with an eye on nature. Wearing her Farm manager hat, it was on a sheep buying excursion to Orzano’s Farm that she first spied  Randy’s artwork and on the wall of his home. The kernel of an idea was planted, inspired by an interspecies collaborative drawing of a bee.(More on interspecies collaboration a little later:).
Dianne’s artists sensibility was triggered and from there  ”The Plight of the Pollinators” Call to Artists was born. Kicking off this first challenge is a lecture by Dr. Susan Cusato on global pollinator disorders and the effects of this on the food supply and presentation by Randy Orzano of his artwork. This lecture presentation will be held at Flanders Nature Center on Friday, March 9th at 7PM.
(see details on this event below the post)


By day, through the busy hours of spring, summer, and fall,


Dianne creates and manages the
educational farm program at the Flanders.
Her arts based children’s learning programs
have been the inspiration for many a child’s
initial exploration of the natural world
and their own creative potential.
It is during the gray days of winter and quiet evening hours she translates her day lit experiences with nature and children into dreamy, colorful compositions of words and brush.
These animal based orchestrations speak to the imaginations of children. Cheerful and charming characters such as “Sarafina Mudpie Oinker”, a porcine painter who discovers her inner calling as an artist, is the first in a series of stories that Dianne has penned in a book by the same name.
The seeds Dianne plants, through image and story, cultivate an awareness of both nature and the potential of art in the child mind.
The importance of this cultivated awareness cannot be under estimated. Eminent biologist E.O. Wilson has put out a call to the artists, poets, musicians, filmmakers and the humanities in general, to communicate the concerns of conservation science to the public. Wilson also advocates early, direct experiences with nature for children to stimulate an attitude of scientific inquisitiveness and Biophilia. Personally I can attest to the influence of children’s literature both for my interest in environment and animals but also as an early awareness of  art  experienced through the imagery on the printed page.It was my father who inspired my love for reading through a steady diet of nature based children’s literature.
“Bambi “by Felix Salten, “Never Cry Wolf” by “Farley Mowat”, “Call of the Wild” by Jack London, and the works of Ernest Thompson Seton fostered an early sensitivity to the natural world. As I grew older authors such as Henry David Thoreau, Aldo Leopold, Barry Lopez,  continued to expand on my interest in this subject. It was literature such as this that began to shape an environmental consciousness in the American public.
Randy Orzano and  Dr.Susan Cusato Presentation and Lecture at Flanders Nature Center and Land Trust.
Friday,March 9th,at 7PM.
$5.00 donation suggested.
5 Church Hill Road, Woodbury, Connecticut
To PARTICIPATE in artfully supporting awareness on critical environmental issues, please submit your artwork,visual poetry,sound art,music, or interpretive dance:) the Plight of the Pollinators call to artists through this link here. https://www.callforentry.org/festivals_unique_info.php?ID=949
The manifold ways by which human beings are tied to the remainder of life are very poorly understood, crying for new scientific enquiry and a boldness of aesthetic interpretation.
excerpted from Edward Wilson, "Biophilia and the Conservation Ethic"